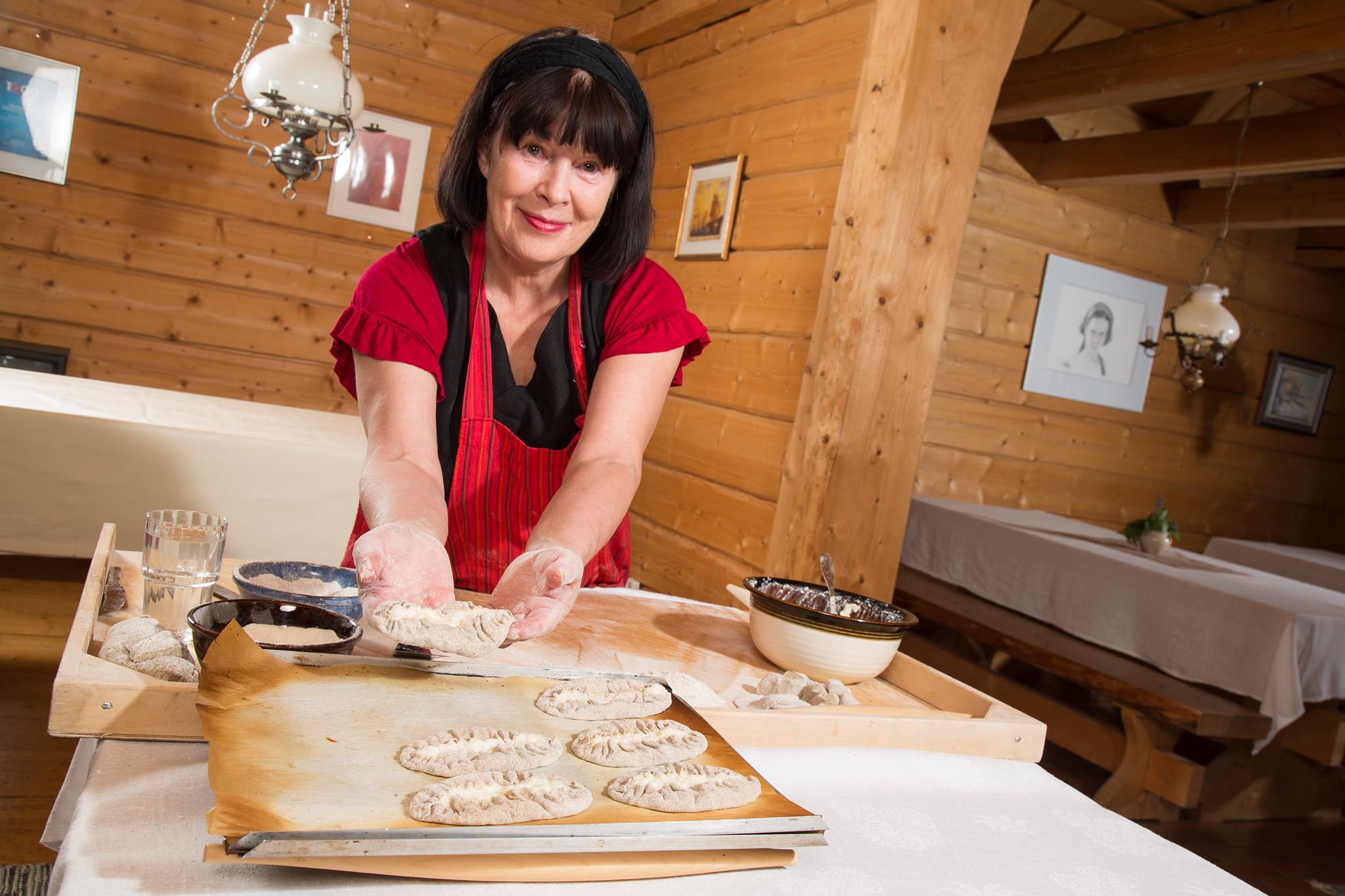 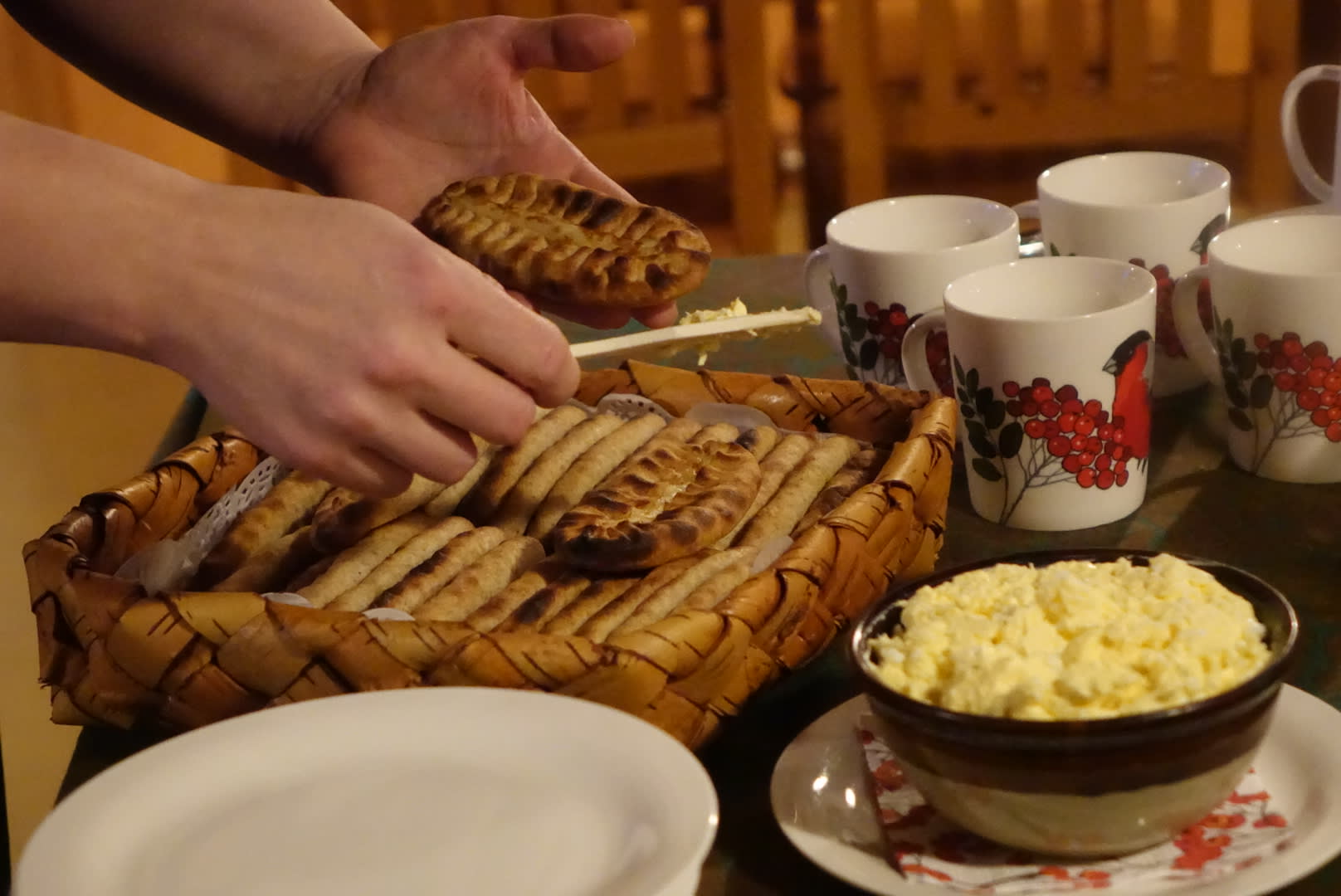 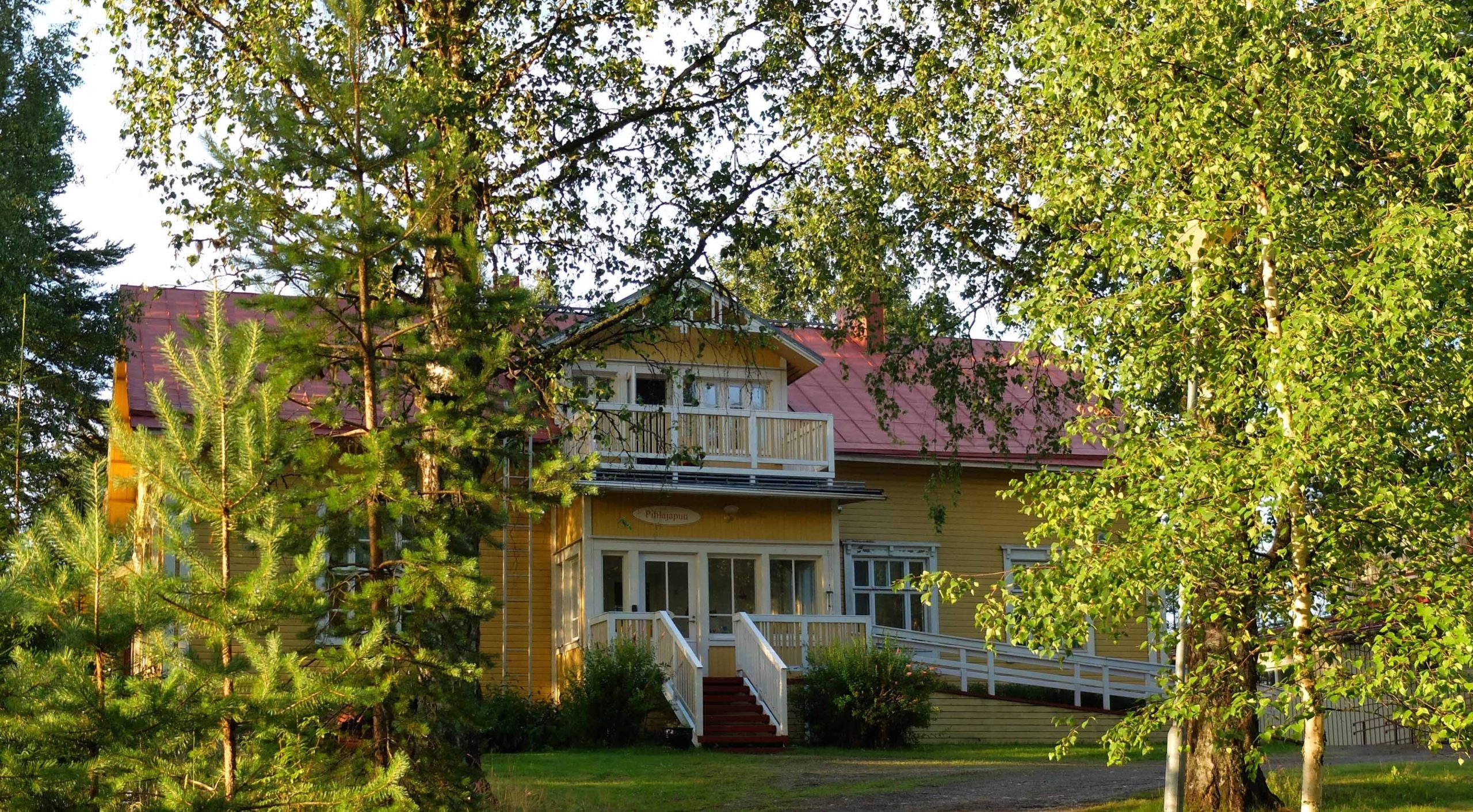 The delicious Karelian pasties are famous throughout Finland. These unique pies are an important part of the region’s food culture, and at this workshop you get the chance to prepare them together with the hostess of a Karelian guesthouse. At the same time you can experience the local culture.

The oldest traditional pasties usually had a rye crust, but the North Karelian and Ladoga Karelian variants also contained wheat to improve the baking characteristics. The common fillings were barley and talkkuna. In the 19th century, first potato and buckwheat were introduced as fillings, and later also rice and millet.

Today, the most familiar and common version has a thin rye crust with a filling of rice. Mashed potato and rice-and-carrot fillings are also commonly available. Butter, often mixed with chopped-up boiled egg (egg butter or munavoi), is spread over the hot pasties before eating.

Karjalanpiirakka has Traditional Speciality Guaranteed (TSG) status in Europe. This means that any product outside of specific regions and bakeries that make a similar product cannot call them karjalanpiirakka and instead call them riisipiirakka (“rice pasties”), perunapiirakka (“potato pasties”) etc., depending on the filling.